Lucy Kerr (b. Houston, Texas 1990) is a filmmaker, artist, choreographer, educator, and curator. Her work explores performance, whether it be performances of family, gender, class, labor, or identity or performance in cinema, theater, or the every day. In 2022, she was named one of the 25 New Faces of Independent Film in Filmmaker Magazine. Kerr received a dual MFA in Film/Video and Art from California Institute of the Arts on the Lillian Disney Scholarship. She received a B.A. in Philosophy and a B.A. in Theater and Dance from the University of Texas at Austin and was the grand prize winner of the 2014 Mitchell Awards for Academic Excellence for her Philosophy thesis. Her feature film in progress, Family Portrait, garnered her the feature film grant from Austin Film Society and the AirFrance Prize from FIDLab. Family Portrait will also be taking her to US in Progress at the American Film Festival in Wroclaw, Poland. Her short film, Crashing Waves, is in the permanent collection of Frac Provence-Alpes-Côte d'Azur in Marseille, France. Kerr’s projects have been presented by FIDMarseille, San Sebastian International Film Festival, Reykjavik International Film Festival, The San Francisco Museum of Modern Art, REDCAT, Anthology Film Archives, Francois Ghebaly Gallery, The McEvoy Foundation for the Arts, The MAK Center Los Angeles, and others. She is currently Visiting Assistant Professor at Le Moyne College, where she teaches film production, film studies, and hybrid theory courses. 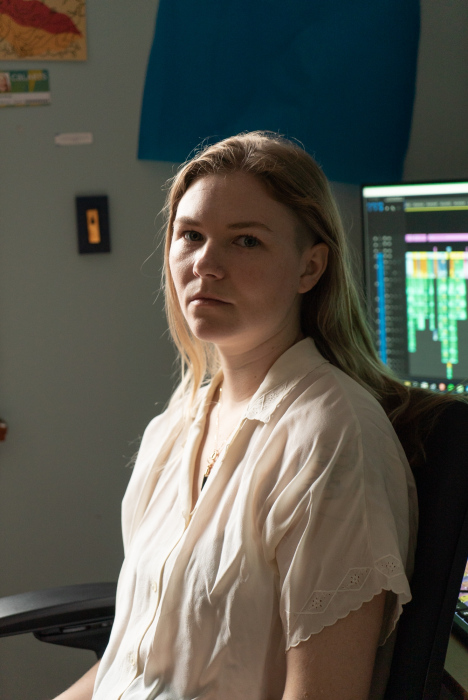