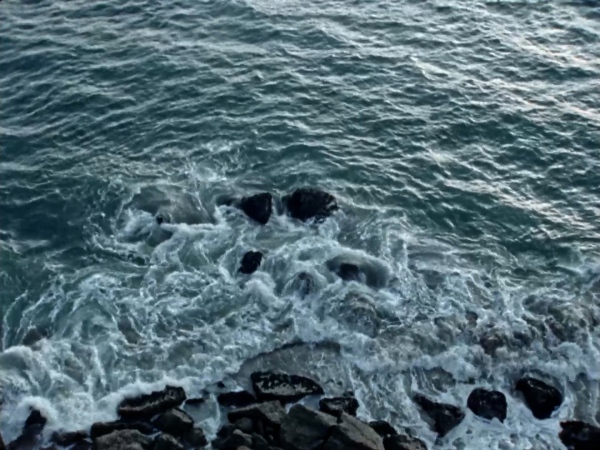 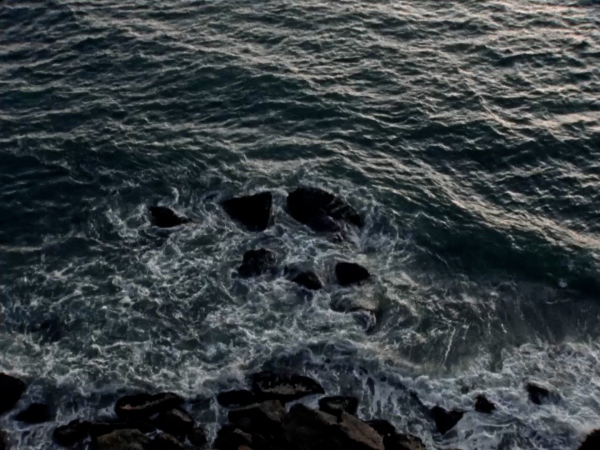 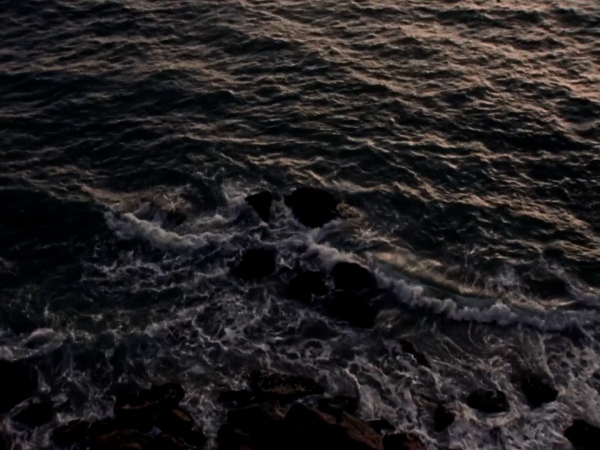 « There is always this paradoxical contrast between the surface of an image, which appears to be in control, and the process which produces it, which inevitably involves some degree of violence. » This quote by Edward Said opens this simple and dense film, a manifesto on the complexity of images, in three successive steps.

1. A black screen, the voice-over of a woman who calmly recounts how she prepared and performed a stunt on a film set: a car and its two passengers falling off a cliff and into the ocean.

2. While the voice keeps describing the shooting and the lethal risks involved, a still shot of waves crashing against rocks appears. We realise then that the initial darkness was not some avant-garde chic trick, but instead that it was evocative of “the terror of being trapped under the water, in the dark”. So, as the voice proceeds, the meaning of the waves changes. Far from being a natural location, they look like gigantic crushers, not unlike the very industry that films them. Then the waves become a swaying allegory of the director’s repressed anger: “Asking questions is strong”, so the voice says. Then, there is a sense of relief after the stunt is done. After that, the voice keeps quiet and leaves the waves alone, just plain old waves now, after the storm of words.

3. On a film set: the sea water is replaced by oozing showers, a young woman is hanging from the ceiling, shaking and twitching like a possessed soul, during the shooting of a TV episode of The Exorcist.

Of course, we are struck by the three linked-up segments, by the implacable and impressive precision of the device. What we see here is a very rare endeavour indeed: cinema at full speed, and cinema as a passion (as embodied by the possessed woman), exactly superimposed and simultaneous to the analysis to the very conditions of its existence. We cannot wait to discover the next episodes.